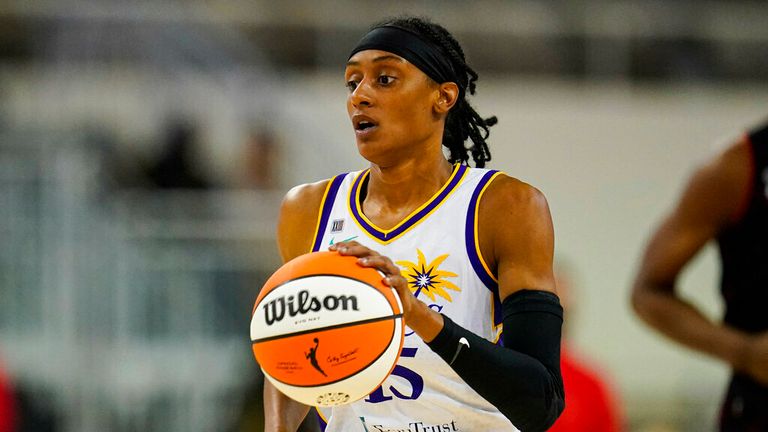 The Sparks sit in ninth place, just a half-game behind eighth-place Washington. They will need the Mystics to lose at home on Friday night against New York or they will be eliminated from playoff consideration. Washington owns the first tiebreaker after winning the regular-season series, 2-1.

MVP candidate Tiffany Hayes led all scorers with 25 points for the Mystics, but did not get enough help.

Courtney Williams did add 13 points and 10 rebounds, while reserve Odyssey Sims went for 11 points. However, Atlanta (8-23) converted just 38.1 percent of their field goal tries, including only 5 of 18 on three-pointers.

Atlanta got off to a fast start, establishing a 13-6 lead just over five minutes into the game on a three-point play by Hayes. But Los Angeles fought back, slicing the deficit to 21-20 after a quarter as Arella Guirantes canned a pull-up jumper with 5.4 seconds left.

The Sparks clamped down on defense in the second quarter, limiting the Dream to 10 points. They started the period with a 12-2 run that gave them a 32-23 lead on Coffey’s transition bucket and took a 34-31 advantage to the break.

Los Angeles kept getting stops defensively in the first part of the third quarter, pushing the margin back to 49-41 when Coffey canned a long three-pointer at the 2:33 mark. But Atlanta rallied, cutting the margin to 53-49 going to the fourth quarter.