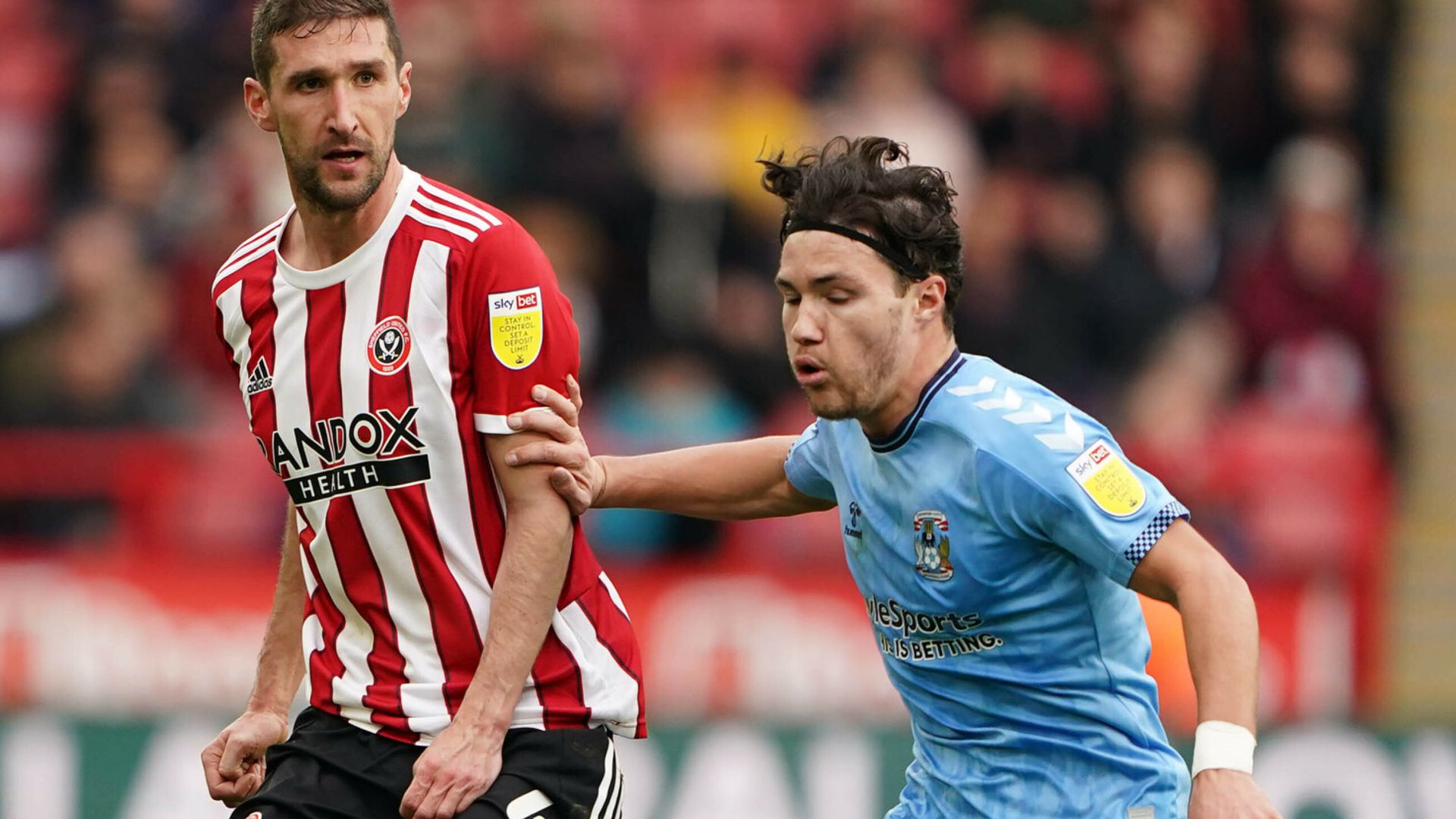 Sheffield United’s search for consistency will continue for another week after they were held to a 0-0 draw by Coventry at Bramall Lane.

What had been a largely uneventful encounter for 70 minutes became a barrage from the Blades thereafter, with the key moment coming when ex-United goalkeeper Simon Moore made a miraculous late save to keep out Morgan Gibbs-White’s shot from point-blank range.

The stalemate sees Coventry stay fourth, one point behind third-placed West Brom ahead of the remainder of Saturday’s action, while Sheffield United stay down in 17th, eight points outside the bottom three.

How the stalemate played out at Bramall Lane

Going by pre-season expectations, these two teams would have been in alternate positions at this stage of the season, yet in reality, Sheffield United were suffering from an extended period of inconsistency and Coventry were perhaps the division’s biggest surprise package.

It took quite some time to warm up. Iliman Ndiaye then latched onto a smart through ball to fire at Moore from a tight angle and, at the other end, Ben Sheaf’s swerving effort was pushed away by Wes Foderingham, before Todd Kane’s dangerous looking cross was hooked clear by John Egan at the near post.

By the half-hour mark, Blades talisman Billy Sharp had touched the ball just seven times and by half-time, the home side had not registered a single shot on target. It was then, perhaps, little surprise that they departed the pitch to a chorus of boos.

Jokanovic introduced David McGoldrick at the break in an attempt to freshen up the Blades’ attack, but it was not until the final 20 minutes that they finally began to pose a threat. Gibbs-White volleyed wide, before McGoldrick blazed over and Conor Hourihane did the same a few minutes later.

As the Blades continued to push in the closing stages, in the final minute of the 90, Moore undoubtedly earned his side a point with a stunning one-handed save to keep out a fierce shot from Gibbs-White.

Man of the match – Kyle McFadzean

An absolute rock at the back, as ever, for Coventry, the vastly-experienced defender put his body on the line in the closing stages to keep the Sky Blues’ promotion push on charge with a sixth clean sheet of the campaign.

Both teams are back in action at 7.45pm on Tuesday, November 23. Sheffield United travel to the Select Car Leasing Stadium to face Reading, while Coventry host Birmingham at the Coventry Building Society Arena. Both matches are live across Sky Sports Football.

Every month, streaming services in Australia add a new batch of movies and TV shows to its library. Here are our picks for...
Read more
Load more