Toilet-Trained Cows Could Be a New Pollution Solution 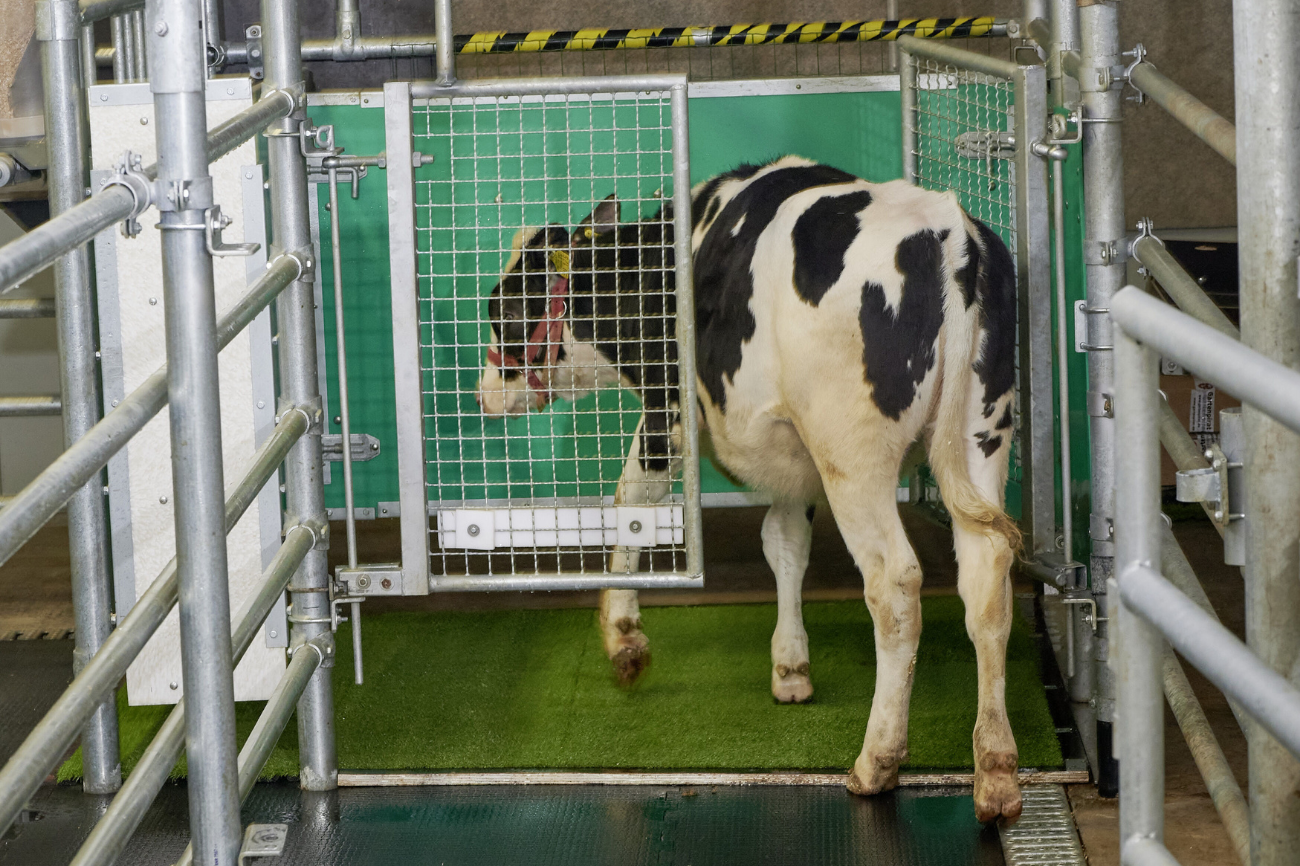 The greenhouse gases that cows release via their burps, farts and manure are posing a big problem, and scientists have tried everything from face masks to seaweed diets to solve it. Now, a collaboration between German and New Zealander researchers has resulted in a brand-new approach that is likely familiar to parents everywhere: potty-training.

In their study, published in Current Biology in September, the researchers used a combination of rewards (a molasses mixture or crushed barley) and punishments (spritzes of cold water) to teach 11 of 16 calves to urinate in a latrine — called the “MooLoo” — in just under two weeks.

“Remarkably, the calves showed a level of performance comparable to that of children and superior to that of very young children,” write the study’s authors. They add that their success demonstrates the incredible cognitive capacities of cows — potty-training requires coordination of a complex chain of behaviors, including awareness of how full the bladder is, control over the immediate reflex to urinate and then intentional urination in the designated area later.

The study is also good news for air quality. There are some 1.5 billion cattle worldwide, and each can urinate four to eight gallons per day; when that urine mixes with cow droppings in the field or on the floor of a barn, it produces an indirect greenhouse gas called ammonia that affects the health of people living nearby. “Ammonia is one of those pollutants that has harmful effects on the lungs directly,” says Jason Hill, a biosystems engineer at the University of Minnesota who was not involved in the study. “It’s a component of fine particulate matter, which is the pollutant that’s largely responsible for loss of life with respect to poor air quality in the U.S. and globally.”

These microscopic particles, measuring less than 2.5 micrometers in diameter, or about 100 times thinner than a human hair, can lead to cardiovascular and respiratory problems when they’re breathed in. They can be released from hundreds of different sources, including car exhaust and wildfires, but are also created when gaseous ammonia from animal waste undergoes chemical changes in the atmosphere.

“Modeling exercises have calculated that capture of about 80 percent of cattle urine in latrines could lead to a 56 percent reduction in ammonia emissions,” write the study’s authors. From there, waste can be converted into more useful things like fertilizer. The MooLoo also improves the welfare of livestock by contributing to improved hygiene in living areas, the researchers note.

At the beginning of the study, they placed each calf in a small pen with green paneling and faux green grass. Every time a calf urinated there, it was rewarded with a tasty treat from an opening in the wall. After a while, many of the calves could successfully replicate this action even when placed in an alleyway adjacent to the pen. Large-scale implementation of the MooLoo, which would be necessary to see an environmental impact, could potentially involve automation to reduce the burden on farmers.

“I’m sure that one of the next things that they’re going to be exploring is the scale of this particular system, because there are labor costs, equipment costs and so forth associated with it,” Hill says. “They demonstrated that it can be done. Now, as with any technology, at what cost and at what benefits?”

The Sun hasn't set in Antarctica since October. Earth's southernmost continent is currently experiencing a long summer's day, one that stretches from mid-October...
Read more
Science

Causes of Phobias Can Be Complicated

A New York woman was once so terrified of snakes that simply reading the word for the reptile would derail her into panic...
Read more
Science

Is There Any Difference in Which Booster Shot You Choose? Experts Weigh In

Now that free booster shots are being offered to all adults in the US, many are wondering which is the best one to get.Truth is, all...
Read more