Home Science What Happens When We Go Without Sleep?
Science

What Happens When We Go Without Sleep? 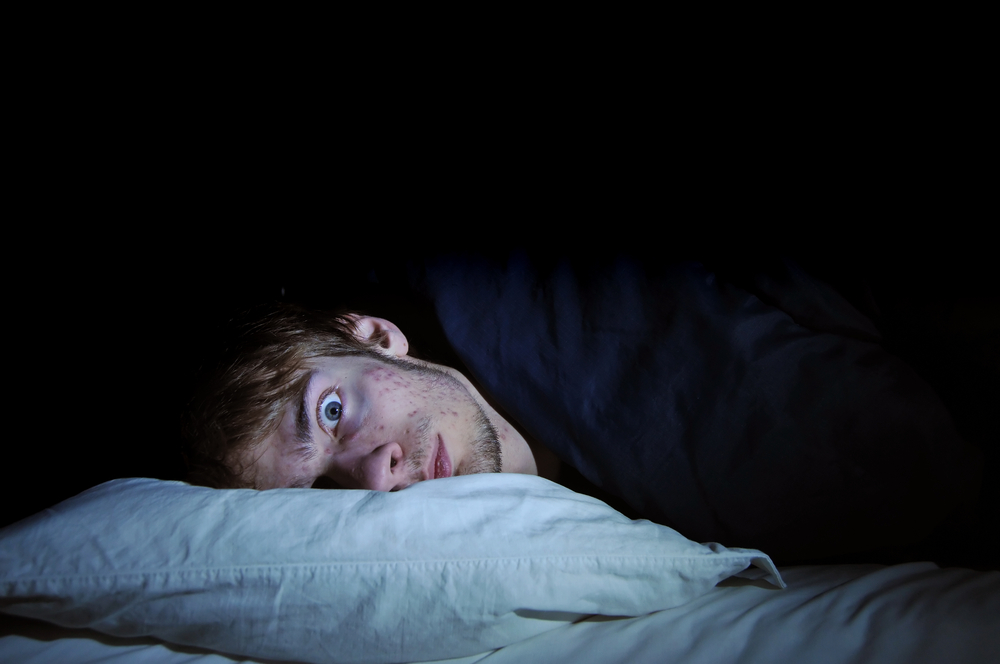 When Randy Gardner entered his high school science fair in 1963, he wanted to do something big. His idea was to top the world record for sleep deprivation by staying awake for exactly 11 days. He accomplished this feat with the help of two friends, but the 264-hour “wake-a-thon” caused Gardner to experience the disturbing symptoms of sleep deprivation: memory problems, decreased motor skills, and even hallucinations.

Many of us have experienced some version of sleep deprivation — an all-nighter to finish an assignment or a late night out. The next day we feel sleepy, sluggish, and irritable. But what happens when sleepless nights accumulate into two, four, or even 11 nights?

Sleep, despite its ubiquity among humans and other animals, remains a mystery to scientists. “I’m fascinated by sleep because it occupies so much of our lives and yet it’s not fully understood,” says Brendan Lucey, associate professor of neurology and director of the Division of Sleep Medicine at Washington University in St. Louis, Missouri. Lucey says that while scientists don’t know exactly why sleep evolved, they theorize that its role in brain function, memory consolidation, and metabolism has led to its conservation across species.

We spend about a third of our lives sleeping, and we know sleep is essential by looking at what happens when we go without it. The loss in coordination and good judgment after just one sleepless night is comparable to that observed in a person with a blood alcohol level of .10 percent, above the legal limit for driving in most states. As sleepless nights accumulate, we exhibit increasingly stranger symptoms.

24 hours: You may know that one night of lost sleep can cause fatigue, mental fog, tremors, irritability and reduced coordination. This slight deprivation also decreases blood flow and metabolism in the prefrontal cortex of the brain (the one responsible for higher reasoning like attention, problem solving, and decision making). Our sense of smell is connected to this region, and one study found that after 24 hours of wakefulness people had trouble distinguishing between common smells like pizza, pineapple, and grass.

48 hours: At two days without sleep, the body begins to experience physical symptoms of sleep loss. The immune system is impacted: natural killer cells (responsible for fighting tumors and viruses) decrease by 37 percent after just 48 hours of wakefulness, according to one study. Visual hallucinations can also manifest — prolonged wakefulness causes images to form incorrectly on our retinas. These may be as benign as believing the room is larger than it is, or as frightening as the sudden appearance of an imaginary person or animal.

72 hours: At this point, your body will start finding ways to force you into unconsciousness. Microsleeps are involuntary bursts of sleep lasting between 1 and 30 seconds. Often, you don’t know you’re having them. They can be dangerous if you happen to be driving, but you’ve probably experienced a more innocuous microsleep if you’ve ever nodded off during class or a meeting. Other forced sleep shows up on EEG readings: delta waves (those associated with deep sleep) have been detected in the brains of severely sleep-deprived, yet completely conscious, humans.

96 hours and beyond: You may slip into a state resembling psychosis at this stage. You could experience delusions, imagining that your neighbor is plotting your death, or becoming convinced you’re on a secret military mission. Imagined sounds and sensations of touch creep into your consciousness. You may feel detached from yourself and others, a condition called depersonalization. You can no longer correctly interpret your reality.

Luckily, severely sleep-deprived people can fully recover from these symptoms with a good night’s rest. But what if sleep deprivation continues indefinitely?

Gardner perhaps demonstrated the upper limits of sleep deprivation that humans can withstand, but a rare genetic disorder called fatal familial insomnia (FFI) pushes past that threshold. Affecting less than one person per million each year, FFI is a prion disease characterized by a buildup of misfolded proteins in the brain. Beginning with mild insomnia in middle age, the disease rapidly progresses to complete sleep loss followed by deterioration of brain regions responsible for essential functions like breathing and temperature regulation, resulting in coma and death.

How to Get Better Sleep

While mild sleep deprivation won’t kill you, it can have harmful effects on health. “Sleep is enrolled in a lot of systems” in the body, says Lucey. Insomnia, obstructive sleep apnea, and shift work are common causes of sleep deficiency and have been associated with a greater risk of heart disease, high blood pressure, type-2 diabetes, obesity, and Alzheimer’s disease.  So, what can you do to get proper shuteye?

Sara Benjamin, a clinical associate at the Johns Hopkins Center for Sleep, helps people overcome sleep problems. After identifying and treating physiological sleep disorders, Benjamin says good sleep boils down to routine. “Most people do best with a set schedule,” she says.

That means going to bed and waking up at the same time every day. Also important, Benjamin says, is having a wind-down period before bed: a time when you stop doing productive things, put down your screens, and begin to relax. “There are so many things that we regiment in our lives, and you have to look at sleep as just as important as whatever else you’re doing for your health.”

In 1989, the Guinness Book of World Records discontinued the longest time without sleep category, citing health concerns for the participant. Though others have since broken his record, Gardner’s 264 hours without sleep stands as the last official entry.

Map the World’s Coral Reefs for NASA with NeMO-Net

“Our coral reefs are in danger … we need your help.” When new players log on to NASA’s NeMO-Net, they’re greeted with a...
Read more
Science

Salamanders Can Do What? | Discover Magazine

Most salamanders go largely unnoticed by humans due to their small size and secluded habitats. The soft-bodied hermits spend their days underground, in...
Read more