Vampire Bats That Socialize Together Have a Similar Microbiome 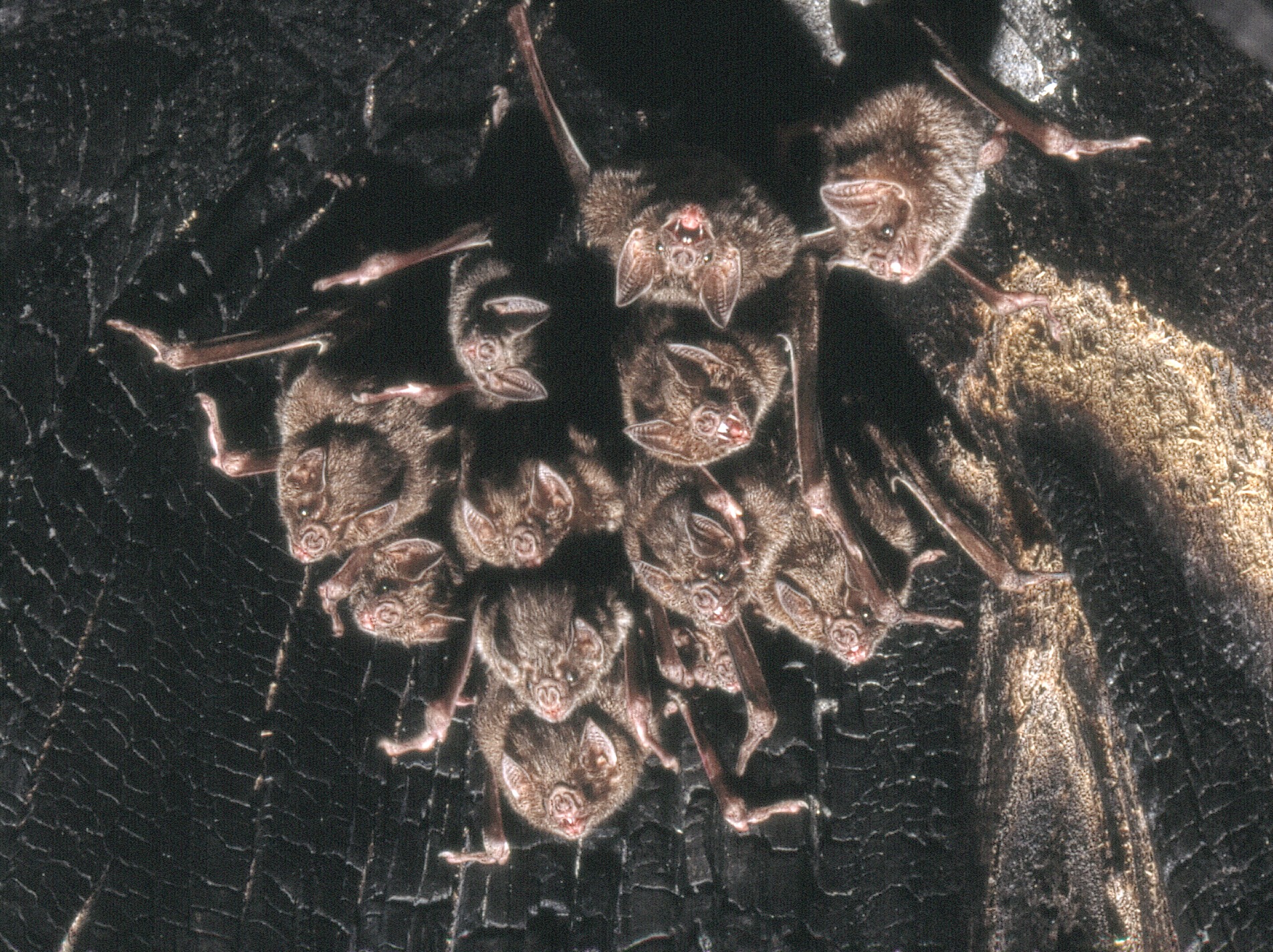 Much like us, vampire bats take their social circles pretty seriously. But instead of hanging out on the couch or catching up over a beer, these mammals are more likely to bunch up to stay warm or nibble at each other’s fur as a form of social grooming. In rare cases, they’ll even share a meal — though, in appropriately gruesome fashion, this involves regurgitating blood into each other’s mouths.

Through their time together, however, vampire bats might also be sharing something even more intimate. Researchers reported that the bats’ gut microbiomes became more similar the more they engaged in such social behaviors with each other, according to a study published this month in Biology Letters. “Their saliva is already all over them,” said Gerald Carter, one of the study’s authors and a professor of evolution, ecology and organismal biology at Ohio State University, in a press release. “They’re spending about 5 percent of their awake time grooming each other, licking the fur and bodies of other bats.”

It’s long been known that the microbes that make themselves comfortable in an animal’s digestive tract play an important role in protecting it from disease, including in humans. Now, the scientists suggest that this “social microbiome” — the collective crop of microorganisms in a given animal’s social circle — could drastically alter the pros and cons of group living.

Studying the social transmission of microbes in the wild is tricky. For starters, when animals like vampire bats cohabitate, they inevitably share the same food sources and living spaces — swapping gut bacteria in the process. But while factors like diet and environment are difficult to disentangle in observational studies, laboratory experiments can help scientists control for them.

Read more: First They Groom; Then They Share Blood — How Vampire Bats Bond with Strangers

With that in mind, the researchers ran DNA sequencing on fecal samples taken from vampire bats at six U.S. zoos and one wild colony in Belize. They also captured 26 wild bats from three distinct roosts in Panama before merging them into a makeshift colony; the animals were housed together in an outdoor flight cage for four months. For this experimentally grouped colony, the study authors captured infrared video for six hours each day to observe any social mingling and also collected fecal samples. Beyond keeping the bats together in one enclosure, the researchers additionally gave them the same diet of cattle and pig blood.

In short, Carter and his colleagues found that bats from the same zoos or colonies typically had similar gut microbiomes. And even though they only shared a cage for four months, the bats in the experimental group also had similar microbiomes, albeit less so than among their counterparts from natural colonies. The more closely one interacted with any other — for vampire bats, nibbling each other’s fur can be a way to deepen social bonds — the more similar their microbiomes. Accordingly, the less they cozied up, even if they came from the same colony initially, the less similar their microbiomes became by the end of the experiment.

Because all animals’ gut microbes contain both harmful pathogens and beneficial bacteria, the study authors say that a better understanding of social microbiomes might someday help scientists reduce the transmission of viruses like rabies. “Vampire bats are a main reservoir for bovine rabies,” Carter said. “It’s a problem for agricultural development throughout Latin America and it’s a public health problem.”